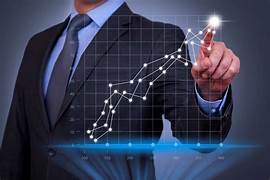 Checking the pulse in the finger could predict risk of heart disease, according to a new study. Researchers found that the finger’s pulse can measure stiffness in the aorta-a common risk factor for heart disease.

In the new procedure instrument called a transducer is placed on the finger or over the brachial artery,located inside the arm just beneath the elbow.

The read-out, combined with a person’s age and body mass index, lets doctors know whether the aorta has stiffened.

Currently, doctors have to record a pulse from the carotid artery in the neck and the femoral artery in the groin to check for hardened aorta.

The finger test is easier to record and almost as accurate , said the University of Iowa’s Gary Pierce, whose work in developing the procedure was reported in the American Journal of physiology-Heart and circulatory physiology.

It also works better with obese patients, where an accurate femoral pulse is difficult to record.

Professor Pierce said”The technique is more effective in that it is easy to obtain just one pulse waveform in the finger or the brachial artery.”It also can be easily obtained in the clinic during routine examinations similar to blood tests” As people can live for years without knowledge of existing cardiovascular problems, this new measurement tool is especially important, he said.

” Finding simple non-invasive methods to measure aortic pulse wave velocity in the clinic may help physicians to better inform middle-aged and older adults about their level of cardio-vascular risk”
Culled from: Daily Mail