Strange But True: Half Body Man who Has Never Gone to ‘Gents’ or Urinated but Eats Everyday 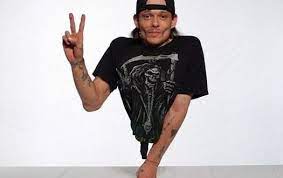 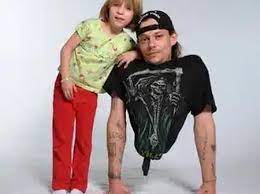 Kenny Easterday is an American man, born on December 7, 1973, with an unusual disability (sacral agenesis), that prevents his spine from growing normally. 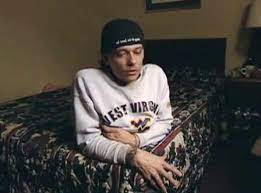 Medical professionals removed his legs when he was a child in order to include his shinbone in order to complete his youthful spine. 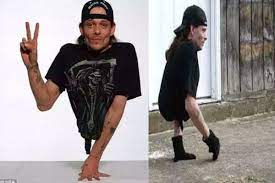 Kenny disliked wheelchairs and refused to wear prosthetic legs. So, he learned to skateboard around on all fours with his father. 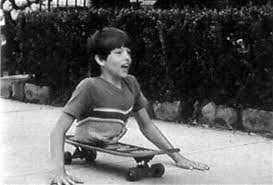 He was essentially expected to continue for a half year to one year at the time of Easter Sunday’s first evacuation operation. 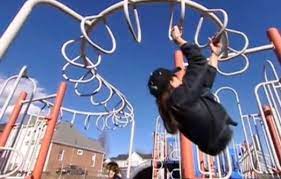 Easterday underwent a second and final expulsion operation at the age of half a year, which included the removal of the other extra legs at the hips.

Owing to his celebrity, Kenny dropped out of school when he was 17 years old. He married his childhood sweetheart when he was 18  years old, but they were separated two years later.

Kenny expressed that he was far too active to even contemplate getting married in the evening.

You might agree that it’s impossible for a person to function without a bladder, which serves as an important organ in the urinary tract. Isn’t it true that everyone needs to pee in order to eliminate waste from the body?

It turns out that, similarly to other organs, the bladder is occasionally (safely) removed from the body when it presents a genuine risk of infection or combustible issues in a person.

When a person’s bladder is removed, they may need to wear an exceptional pack attached to the outside of their mid-region to dispose of their pee. This system is known as a urostomy, and it works by allowing pee to continuously exit the body.

An expert may occasionally have the option of creating a pocket using tissue from the stomach-related framework that can hold pee after it has passed through the kidneys. This pee can then be removed from the body using a catheter rather than passing through a certified bladder.