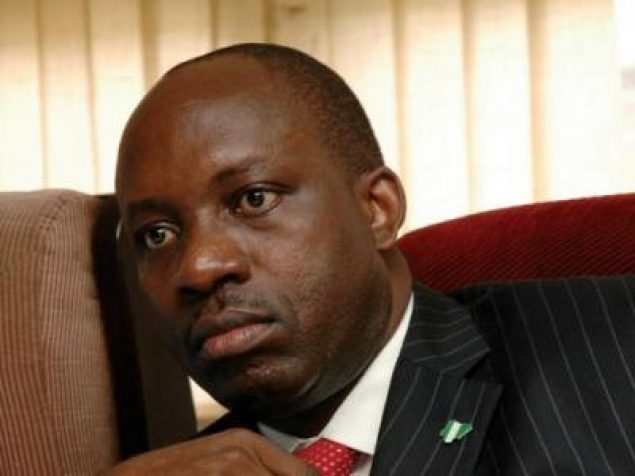 The Anambra State Government has suspended the newly appointed Transition Committee Chairman of Nnewi  North Local Government Area,Nbazulike Iloka,over the circumstances leading to the demise of his wife,Mrs Chidiebere Iloka. 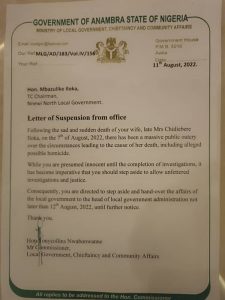 Iloka,who has just been sworn in as the Council Chairman is being suspected to have a hand in the death of his wife alleged to have suffered from severe domestic violence.

In a letter dated April 11,2022, Governor Chukwuma Soludo through the State Commissioner for Local Government,Chieftaincy and Community Affairs,Tony Collins Nwabunwanne,directed the suspended Chairman to hand over  the affairs of  the Local Government Administration not later than  Friday August 12,2022,until further notice