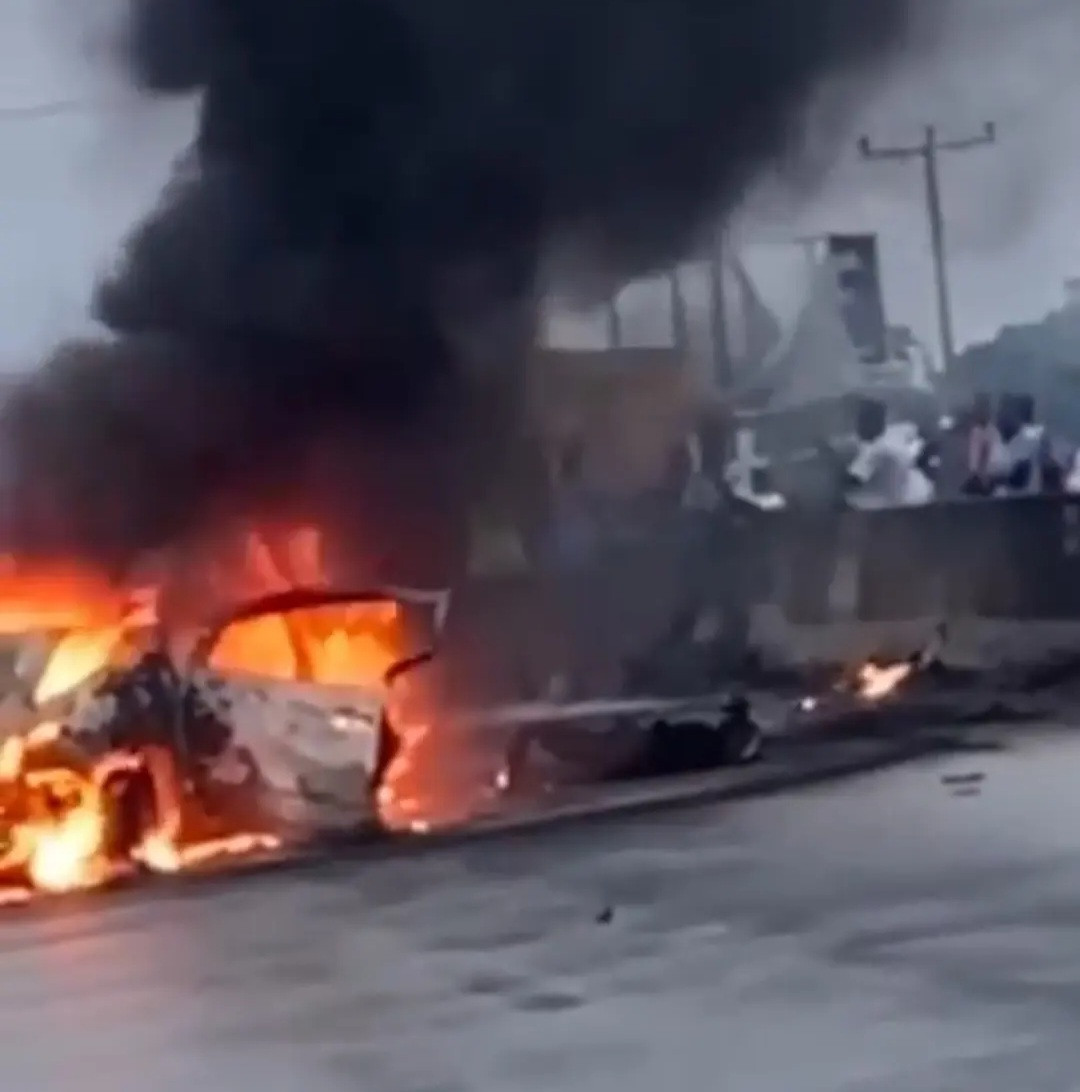 Four persons have been reportedly dead in an Auto-Crash that occurred in the early hours of today by the Ekuigbo junction along East-West Road,Ughelli,Delta State.

A vehicle said to be conveying a black market(illegal) diesel,allegedly lost control and rammed into a stationary truck.

According to reports,the vehicle was been chased by law enforcement agents when it lost control and hit a parked  truck.

Viral videos shared online indicate charred bodies of victims lying on the road beside the burning bus and truck.

However,a portion of the road of the accident scene had been cordonned from road users.