A Democrat Arrested in Arkansas for Allegedly Making Terroristic Threats 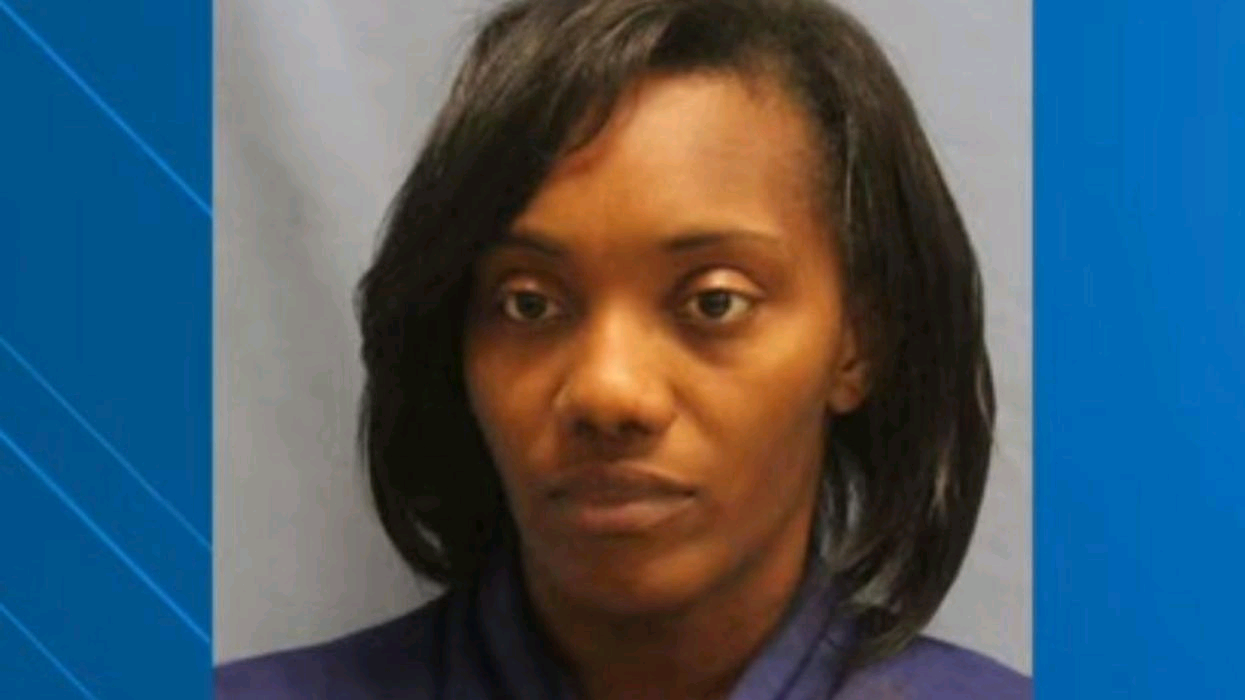 A Democrat candidate for statewide office in Arkansas has been arrested for allegedly making terroristic threats.

On Friday, Diamond Arnold-Johnson, 32, who is currently running to be the state auditor of Arkansas, was arrested while she was conducting a Facebook Live stream. According to reports, she had an outstanding warrant for first-degree terroristic threatening, a Class D felony.

Max Brantley of the Arkansas Times reported that, two months ago, Arnold-Johnson’s husband, Arick Johnson, 36, went on trial for terroristic threatening based on some unidentified Facebook messages that had been attributed to him. During court proceedings, his wife testified that she had been the one to make the threats, not her husband, resulting in his acquittal.

Her open court admission then prompted further investigation into the threats. Police obtained a warrant for her arrest and attempted to serve her on October 13, but Arnold-Johnson supposedly refused. Rather than “escalate a non-violent situation” for “a non-violent warrant,” several officers from the Little Rock Police Department decided to serve her again on Friday, when she briefly locked herself in a bathroom before eventually opening the door and cooperating with officers.

Don’t miss out on content from Dave Rubin free of big tech censorship. Listen to The Rubin Report now.
Arnold-Johnson was then booked in the Pulaski County jail on a $30,000 bond. It is unclear when she is expected appear in court.

Though accusations of a felony cannot prevent Arnold-Johnson from pursuing state office, a felony conviction would likely prevent her from holding office. Should Arnold-Johnson win the election in November and later be convicted of the charges, she would likely be removed from office and a successor would be appointed by the governor. Early voting in Arkansas began four days before her arrest.

The Democratic Party of Arkansas has already attempted to distance itself from Arnold-Johnson.

“Earlier today, we were made aware that Diamond Arnold-Johnson was arrested by Little Rock Police,” the party said in a statement. “Everyone has the right to due process; however, our Party firmly believes people must be held accountable for any criminal behavior, especially candidates for public office. The Democratic Party of Arkansas did not recruit her to run for Auditor of State, and we cannot bar her from running for this position. We remain focused on working for a better Arkansas and winning races across the state.”

At least one of Arnold-Johnson’s political opponents has even called for her to drop out of the race.

“Anyone who has an active felony warrant for their arrest should not be running for office or handling the state’s very important financial business,” said Republican candidate Dennis Milligan. “Rather, their time and energy would benefit more from focusing on their’s (sic) and their spouse’s legal morass.”

Libertarian candidate Simeon Snow, 37, expressed sympathy for Arnold-Johnson’s family and friends, as well as confidence that voters will do their research and determine that he is the best candidate for the job.

In 2014, Arnold-Johnson pled guilty to misdemeanor carrying of a weapon and misdemeanor third-degree endangering the welfare of a minor. She was sentenced to probation.