10 TOP AFRICAN COUNTRIES THAT SMOKE THE MOST CANNABIS SATIVA 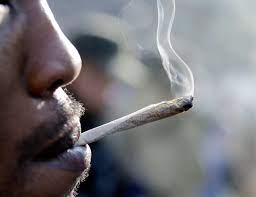 A recent report on tobacco use from a public health campaign group and U.S. Academics has found that smoking w rates is rising among adults in at least 10  countries in Africa, as well as among young people.

According to the report, there were still increasing numbers of smokers in Africa because the population is younger, and drug use is higher among young people than older people.

Furthermore, a 2021 report by the United Nations report on drug use also confirmed that the number of drug users in Africa is projected to rise by 40  percent by 2030.

Using data from Global Cannabis Report: 2019 Industry Outlook by New Frontier Data, here are the top  10 African  countries that smoke the most cannabis:

The Least marijuana consumers in Africa:

The African countries with the least number of marijuana users include Zimbabwe, Malawi, Niger, and Zambia, with 1.1million, 1.2 million, 1.2million, and 1,4million users, respectively.