UNILAG,Akoka: A Research Group called for a Review and Implementation Policy on Street Trading in the State 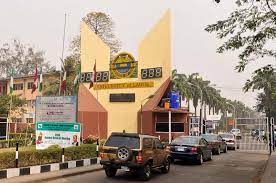 A research Group from the UNILAG has made a call to the State government to review and implement street trading policy in the State.

The call was made at a one-day workshop and presentation of findings on socio-economic factors influencing coping mechanisms of street trading in Lagos.

The coordinator of the group, Dr. Adebowale Aboyade, urged the Lagos State government to review its policy and adopt the sociological approach in solving the problems of street trading.

‘’Whatever is worth doing, is worth doing well and that is why we are making suggestions that the policy on street trading must be reviewed.

Regulation has to do with what time, where,  and when the street traders will be given the opportunity to do their trading activities instead of a total ban.’’.

‘’ Recall that the street traders also contributed to the economic growth and increase in the internally generated revenue of the State,’’ she said.

Dr. Aboyade called on other States to  Lagos and create an enabling business environment to enable it to thrive and reduce high trade migration into Lagos.

Akinpelu said,’’ the findings would enlighten them more on in-depth review of possible and permanent solutions to enhance robust management decision on the best approach to tackle the menace of street trading or hawking on the road.

According to the Corps Marshall, a high influx of people of all tribes is faced with perennial problems of trading activities on walkways, road verges, medians, setbacks, pedestrian bridges, and even on main roads.

However, she said, the menace affects the free movement of human and vehicular traffic, thereby putting intense pressure on the State of environmental sanitation in the State.

areas where street trading and hawking have become daily features in Lagos.

‘’In spite of our efforts through stakeholders meetings, advocacy, and sensitization, voluntary compliance has been extremely difficult due to our traditional way ‘’.

‘’Taking goods to the roadside in spite of the designated market places while our enforcement protocols have also resulted in arrest and prosecution of recalcitrant traders through court’’ she said.

The Iyaloja of Lagos, Chief Mrs. Folashade Tinubu, appealed to Lagos State traders to be law-abiding and obey the policies of the government.

The Iyaloja, represented by Mrs. Abimbola Jinodu, said that she had introduced a mortgage system to assist traders to be able to afford shops of their own and was also planning to build cheaper shops at cheaper rates.

‘’We need to, first of all, add value to ourselves  to know what to do and what not to do  because either  age or gender is not a barrier  from being arrested .’’

‘’Trades should understand that the risks in street trading don’t worth the life of a trader. We  are going  to sensitize  street  traders  to  know  that it is not  commensurate with  their lives.’’

‘’We have the plan to introduce a mortgage system to accommodate traders to be able to afford shop and also putting up cheaper shops for them,’’ Iyaloja said.