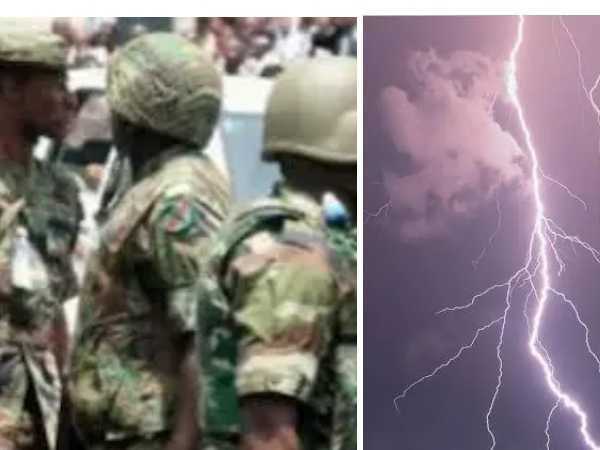 The Indigenous  People of Biafra(IPOB)  has described  as  an  act of God  the killing of a military commander at 14 Military Barracks  in Ohafia, Abia State .

The group alleged  the slain soldier   had been involved  in grand conspiracy  of terrorizing  and tormenting  the people  of the area overtime.

In a statement  by its Media and Publicity Secretary , Emma Powerful , IPOB accused  the army  authorities  of hiding circumstances  surrounding  the commander’s demise to the public.

The group , which  pronounced more misfortunes against its predators , alleged  that most of such  security operatives were sent to Biafraland  to prosecute jihad.

It warned the Army to release its abducted members , repent  and plead  for God’s mercy  before more  calamities befall them.

The statement partly reads: ’’We give praises to Almighty Chukwu Okike Abiama for showing  Himself Mighty  to the 14 Nigeria Army Barraks in Ohafia LGA of Abia State.

‘’God Almighty  Chukwu Okike Abiama, The Alpha and Omega, the beginning  and the end manifested Himself  recently  by invoking  heavenly  thunder that struck  the Army  Commandant  Commanding 14 Military Barraks  in Ohafia  dead’’.

‘’It ‘s unbelievable  that after  God of thunder struck  the Army Commander dead , Nigeria Army  who  are myopic  of God’s wraths went  about arresting  and abducting  innocent Biafrans  in Ohafia LGA , Abia State as if  they were responsible  for the divine judgment  on their Commander.

‘’If  Nigeria Army  , especially  those compromised terrorist officers sent for jihad operations in Biafra don’t repent, another thunder will be striking more of them down’’.

‘’Nigerian Government and it’s security agencies should know that the anger of Elohim has come against  them for wanton  wasting of  innocent  blood  of children of the Rising Sun.

‘’The economic and Security  crisis being experienced  in Nigeria today is a punishment  from Elohim. It will  get worse  until Nigeria lets go of Biafra.’’

‘’It’s a pity that Nigeria Government and her compromised  security agencies  particularly the army, police , and DSS agents ,keep killing Biafrans without  questions. Now that the anger of God  Almighty Chukwu Okike Abiama has risen against them, they will answer questions  to Chukwu Okike Himself’’.

‘’Soon , both the Police and DSS will have  their own  share. Those who enjoy  eliminating  innocent Biafrans  because they were involved  in the agitation  of Biafra freedom will certainly  pay  for their sins one day.’’

‘’We are warning  Nigeria Army to release our people they have abducted, repent and plead  with Almighty Chukwu  Okike Abiama  before  more calamities will visit them’’.

‘’IPOB warns them to stay off  IPOB activities and mind themselves because God  Almighty  Chukwu Okike Abiama will strike again  all the criminal security  officers  who enjoy killing  IPOB members  and Biafrans  for nothing.

‘’The revenge from our ancestors and from  the throne of God  has commenced and they shall avenge  the wickedness  against Biafrans by  the Nigerian establishment and  their international  collaborators. The liberation  of Biafra is  assured and the freedom  of the children  of light I certain’’.