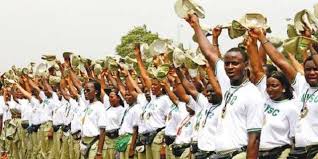 It was gathered that the 31-years –old with NYSC call up no-NYSC/ABU/2020/113131 abandoned the Service and has since been reluctant to pick up his discharged certificate to avoid being de-kitted and handed over to the police for investigation.

The incident, which occurred last September is, without doubt, provoking members of the Civil Society Groups, Gender-based advisory groups, and indigenes of the community on the alleged  ‘’foot-dragging ‘’  of the gender unit of the Bayelsa  Police Command to effect the arrest, investigation, and prosecution of the accused  Corps member.

The accused Corps member was said to have lured the  12-year-old  and had carnal knowledge of her repeatedly unsuspected by the parents.

According to the father of the girl, Nelson  Gbaranbiri, his wife brought his attention to some strange discharge found in the panties of his daughter while doing her laundry.

He said,’’ My wife brought my attention to the stains and discharges she usually finds in the panties of my daughter. When I asked  about  what happened to her private part, she told me that ‘Uncle will beat her,’’

Gbaranbiri also alleged that when he reported the matter to the police in  Sagbama, they did not show concern about the incident.

He alleged,’’ They asked me to arrest the accused and bring him to the station. They even demanded that I pay them before they can drive down to arrest the suspect. I also met with the NYSC, they were indifferent’’.

The NYSC Spokesperson in the State, Mathew Ngobua, said, ‘’The accused has absconded the service and all his numbers and that of his next of kin are not reachable. He has not even picked up his discharged  Certificate of Service’’.