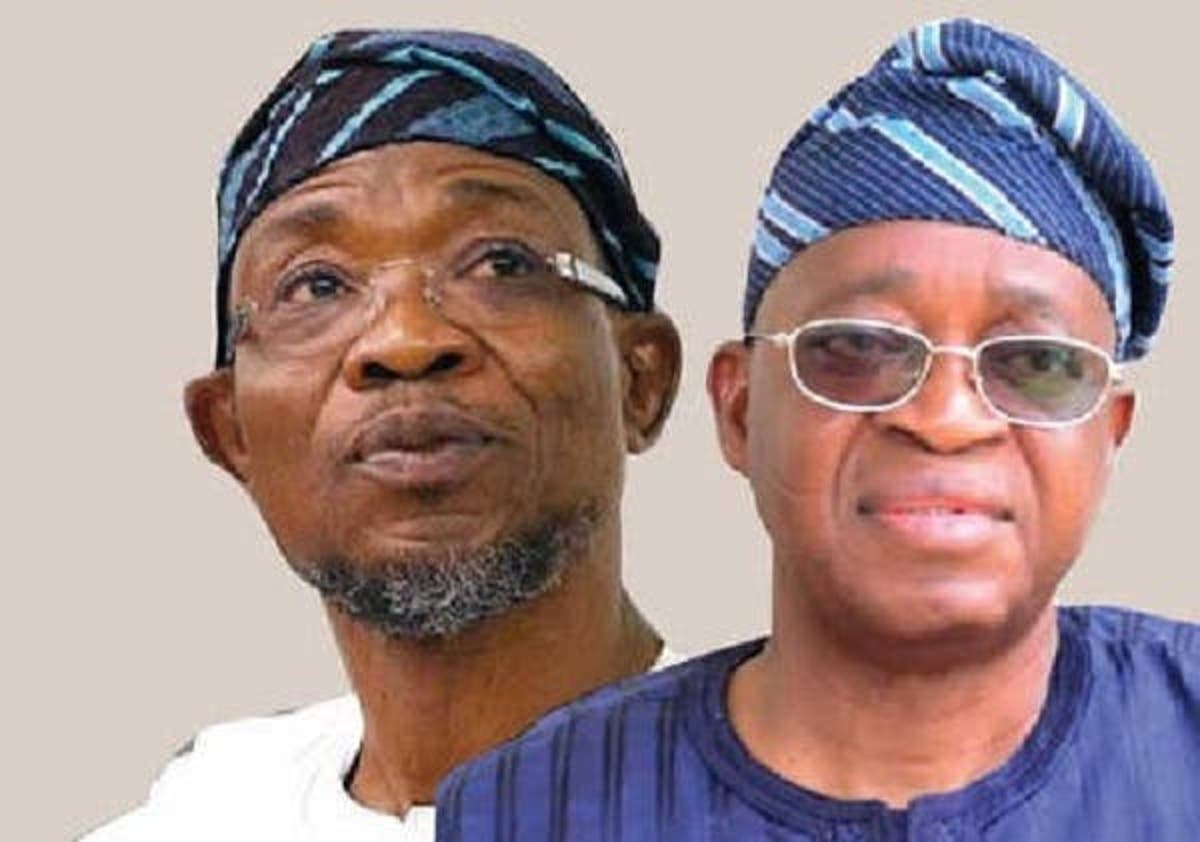 The Governor of Osun State.Mr.Adegboyega Oyetota and the immediate pastGovernor if Osun State and now Minister of the interior, Ogbeni Rauf Aregbesola have concord to allowvpeace and unity to reign in the All Progressives Congress (APC) party in the State .

This is at the instance of members of the reconciliation Committee of the APC visit to Osogbo,Osun State capital to  reconcile the aggrieved members in the party .

According to a source, the reconciliation Committee was led by the former Governor of Nasarawa State,Senator Abdulahi Adamu is set to intervene  in the rift between Governor Oyetola and Aregbesola.

It was gathered that the committee has notified Governor Oyetola and Aregbesola on the meeting to reconcile both last weekend.

The Chief Press Secretary to Oyetola,Ismail Omipidan in a statement , disclosed that the committee paid a courtesy visit  on Governor Oyetola in line with  the party’s tradition to announce their presence and mission in the State.

He said,”Senator Abdulahi Adamu disclosed that the visitation was part of the efforts to begin the reconciliatory process and ensure the resolution of every  contentious issue among members of the party in the State

Responding to the committee, Governor Oyetola assured the committee of  his Administration’s absolute cooperation and support  to carry  out the excercise, expressing confidence in the composition and Committee to dispense justice and ensure fair play throughout the excercise.

Also, Ogbeni Rauf Aregbesola expressed his preparedness to support peace and unity within the party most importantly in Osun State.

The former Governor of Osun State, Aregbesola, through his Media aide, Mr  Sola Fasure said that”The Minister of the interior is in Abuja busy with national assignments but the Top members  were  on the ground  Aregbesola welcome every effort to bring peace and unity to the party”

“I won’t be able to confirm whether  he got a personal invitation  to attend the meeting by the reconciliation Committee, but he is ready to support the party”.