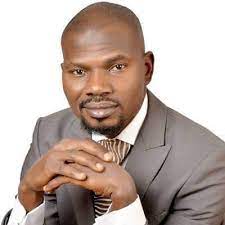 Ordinarily, I  would have ignored the lengthy epistle from Hon. Bamidele  Salam, Member representing EdeNorth/Ede South /Egbedore/Ejigbo Federal Constituency, as it failed to address the main issues raised in my reaction to his false claim that his inability to access my boss made Osun supposedly lose the opportunity to revitalize the Osun Airport project. But because we are in an era where lies and half-truths are sometimes taken for the truth, I feel compelled to reiterate my earlier stance that our Honourable lawmaker has not been honourable in this matter.

He made the claim in June or so, I  responded almost immediately to say that he lied. About a week ago, I featured on a  Media Parley, where the issue was raised again. I did not mince words in repeating what said about a month ago. But why it took him this long to find an explanation for his gaffe shows clearly he had no defence. He was only shopping for an explanation. He apparently forgot that if the wicked gives his testimony, the judge is not likely to be a wicked one.

Here is the truth: Hon. Salam had asked me to fix the appointment with my boss which I did. But by the time  I called later that day for him to honour the appointment, he said he was on his way out of the State and that he was going to call me back when next he was in town. He never did.

The next time he called was about the House Committee on Works. My boss was not available, but we arranged for him and the Committee Members to see the Deputy Governor. However, like a dishonourable fellow, he cleverly avoided all that aspect in his long epistle. Instead, he resorted to personal insults on my person.

My record of service in all the places I have had the opportunity to serve is in the public domain. I won’t dissipate energy on that. If it becomes necessary, hundreds of Nigerians who know me well will rise in my defence.

Meanwhile, let me state for the umpteenth time that our Honourable lied. It is more honourable to apologise for a gaffe than try to justify it with insults that fail to address the issue.

In conclusion, soon, the results of our efforts on Ido-Osun airport and the Cocoa industry in Ede will start yielding results. We are on course.

No opportunity is lost.