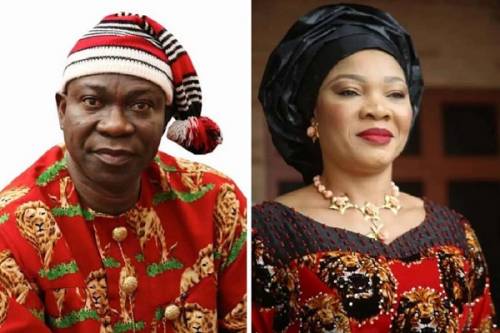 Obinna Obeta,aLondon based medical doctor , has been docked for allegedly conniving with Ike Ekweremadu and his wife ,Beatrice to facilitate the travel of Ukpo Nwamini David forkidney Harvesting.

Recall that on June 21,2022,the Metropolitan Police had arrested the couple for allegedly planning to have David’s kidney removed for their daughter Sonia who was having kidney failure .

.David who initially claimed to be 15-years-old on May 5,2022,presented himself at Staines Police Station alleging that he was transported to the UK by Ekweremadu for his kidney to be removed.

In the same vein,Obeta was alleged to have  conspired with the former Deputy Senate President to arrange or facilitate the travel of David with a view to exploiting him through organ Harvesting.

The 50-year-old medical doctor  of Hillbeck Close,Southwark,Southeast London had according to reports appeared at  Bexley Magistrate Court on 13 July.

David who earlier, claimed to be a minor  had also confessed to the UK court that  he is 21-years-old.Ekweremadu and his wife were then locked in custody.

However in another development,Beatrice Ekweremadu,the wife of Senator  Ike Ekweremadu was granted bail by a London court on Monday.

Mrs Beatrice was arrested alongside her husband  Ike Ekweremadu in June by the Metropolitan Police  on allegations of trafficking a 21-year-old for the purpose  of organ Harvesting.

The couple was accused of plotting to traffick 21-year-old David Ukpo from Nigeria to the United Kingdom to transplant  his organs to their daughter who is suffering from kidney failure.

Judge Richard Marks said:”The position is that ,I have granted bail to Beatrice subject to some fairly stringent conditions but  I have refused bail to Ike.

Senator Ike was denied  bail and had remained in custody since  July 7.

The couple will appear  at the old Bailey Court on August .

Recall that the Senator (Ike), through his lawyer sued the NIMC over the age of the alleged organ Harvesting victim.

They asked the Court to direct NIMC to produce  the boy’s NIN for the purpose of  facilitating the criminal investigation and tendering before the Uxbridge Magistrate Court.

It should also be recalled that,the Nigerian Government engaged the services of Lawyers to defend  the Senator and his wife.

On July 1,the delegation from the Senate Committee on Foreign Affairs departed Nigeria for London to visit the embattled couple in detention.