Old Boeing 707 set to be converted into Restaurant 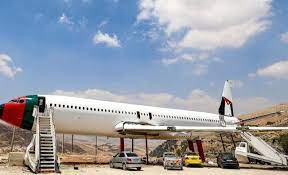 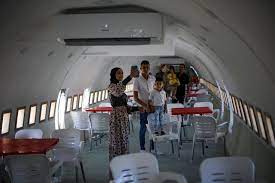 Two Palestinian Twin brothers are set to open a restaurant in the West  Bank, using an unlikely venue.  Specifically, guests at Ata and Khamis AlSairafi’s Palestinian-Jordanian Airline Restaurant and coffee Shop’ on the outskirts of the city of Nablus will be able to enjoy hospitality onboard an old Boeing 707. But how did this classic aircraft become a restaurant? 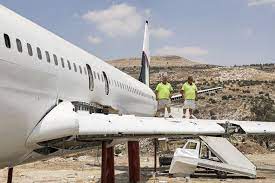 In actual fact, the project has been in the pipeline for more than 20 years. Indeed, the Jordan Times reports that the twins purchased the classic airframe in 1999 while working as scrap metal traders. At the time, the jet was located near Kiryat  Shmona in northern  Israel. They agreed on a price of $100,000 for the jet, although its owner did remove the engines.

In any case, the lack of an airport in the Palestinian Territories meant that road transport was always necessary. 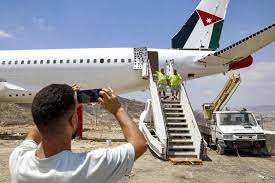 The twins paid a haulage company $20,000 to transport the jet on a loader, taking 13 hours to reach its destination.

However, tensions in the area and then COCID-19 forced the twins’ project on ice for two decades 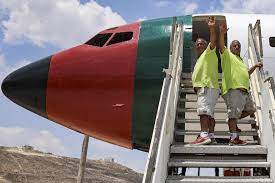 Sile Flying reported back in July 2021, that the restaurant was close to opening. This represents the culmination of a dream that has spanned more than two decades from the time of the aircraft’s purchase. It now appears that the first stage of the restaurant’s opening  has finally  taken place, according to an APNews report from August 2021

At this time, the site was operating as a café, with outdoor tables and umbrellas situated below the classic aircraft’s fuselage and left-wing. Meanwhile, at the time of writing,  the twins were touting  September 2021 as the opening date for the restaurant part of the complex. There are nine tables inside the 707’s cabin, and guests board via airstairs.

What do you make of this project? Have you ever visited a restaurant located onboard an old aircraft? Let us know your thoughts and experience in the comments.