Naira Moves to 535 per Dollar at Parallel Market 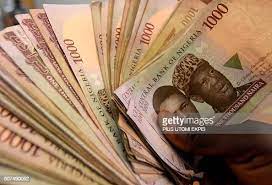 The naira strengthened significantly against the dollar at the parallel market yesterday appreciating to N535 per dollar from N570 per 1 Dollar which it has traded at in recent weeks, findings by New Telegraph show.

Forex dealers attributed the appreciation of the Naira to the Central Bank’s massive intervention in the market as well as a   drastic drop in demand for forex.  A dealer who did not want to be named said, ‘’in the last few days, the CBN has massively pumped dollars into the market and appears to have strengthened the naira’’.

Recall, that in July, the CBN  stopped its weekly forex sales to BDC operators whom it accused of illegal activities.

The action sent the naira crashing to N575 per Dollar at the parallel market. Also,  in September, the Apex bank accused  Oniwinde Adedotun, the founder of AbokiFX-a web platform that reports movements in the foreign exchange market, of engaging in activities that were hurting the naira.

The move forced the management of AbokiFX to shut down the data information segment of its platform. Analysts note that with the country’s external reserves rising to 41 billion dollars, the CBN now has enough firepower to defend the naira.