ILARE : A TOWN WHERE PIGS CANNOT MOVE ABOUT 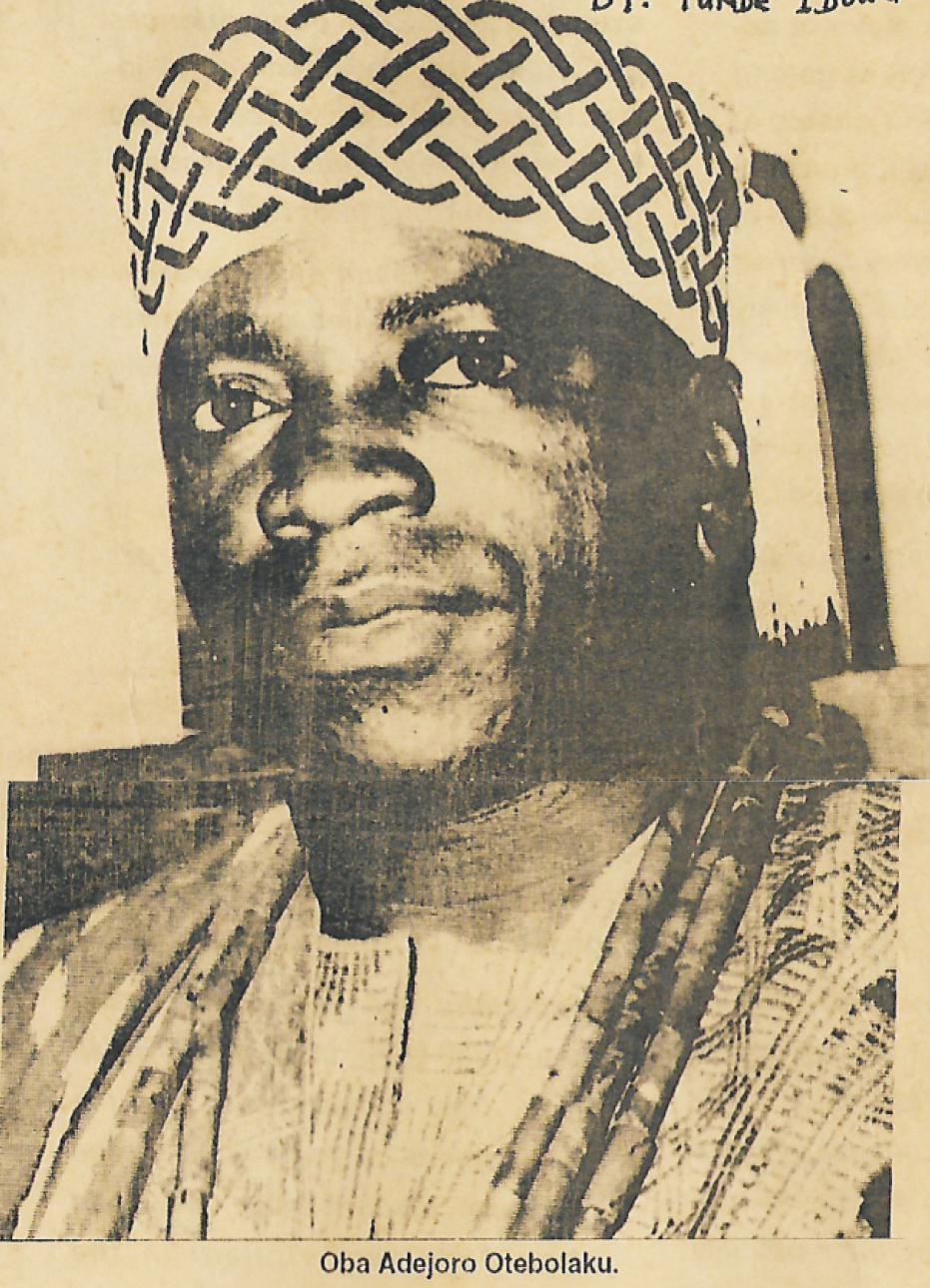 ILARE: A TOWN WHERE PIGS CANNOT MOVE ABOUT

The legacy of history and culture is often the vibrant embodiment of people’s literary traditions. A people without a history, tradition, and taboo are like a tree without roots. By the same token, a people whose history has been prodigiously tarred and traduced by detractors must try to salvage same not only through a web of historical reconstructions but through an assessment of the present or prognostication into the future through the potent medium of literary arts.

In Yoruba mythology, it is not uncommon to hear of one taboo or the other in our cities, towns, villages and hamlets. This is more common in other parts of the country, in Nigeria, and Osun state, in particular, the acclaimed source of the Yoruba race where there are archives of cultures and traditions in real perspectives.

Simply put, culture is a way of life of a people while taboos are social norms and perspectives which are expected to be protected by members of a community.

Curious about the unique nature of some of the taboos in this ancient town, this reporter took off to Ilare, a town in Obokun Local Government Area of Osun State to inquire more of the rare taboos hardly known or not known to the entire world and even to most of the indigenous of the state.

The ancient town of Ilare is in Obokun Local GovernmentArea of Osun State with its headquarters at Ilesha. It is centrally located and stands between Esa-Odo, Ibokun and Ipetu-Ijesa, all in Osun State.

According to oral history handed down to this writer, by the King of the town, Oba Adejoro Otebolaku (Ogidan – III),” Ilare came into existence in about 10 centuries ago and without contradiction, the people of Ilare historically were the first settlers in the whole Ijeshaland and the ancient town was once the local Government Headquarters for the area.” The Ilare people under the founder of the town Owa Jalorunoro-1, migrated from Ile- Ife. It is therefore not a surprise that The Owa of Ilare wears a reputable beaded crown which testifies to the Yoruba belief that all Yoruba race originated from Ile-Ife.

With due regard to Reverend Samuel Johnson’s-‘’ The History of the Yoruba’’, ‘’All various tribes of Yoruba nation trace their origin from Oduduwa and the city of Ile-Ife. In fact, Ile –Ife is fabled as the spot where God created man, white and black and from whence they dispersed all over the earth….’’ This portends that the ancient town Ilare should not be overlooked in terms of customs and traditions. Really, it could be likened to the sepulchre of culture among her peers.  The benevolent and culture conscious people of Ilare like other African towns and villages, nay Nigeria, in particular, has her own social rules and properties(taboos) which are clearly spelt out, and are expected to be observed and protected by members of the public, both indigenous and non-indigenous. Yet, a few people either out of sheer obstinacy or ignorance sometimes flout the ‘’laws’’ of the old taboos and consequently incur the wrath of such a god which promptly administers punishment.

Like many other Yoruba tribes, the Ilare Community has many festivals worthy of mention too. Among which are Osuoja festival and the Egungun festival just to mention a few. However, it seems their taboos are numerous when equated with her festivals but both still portray Yoruba culture. Their taboos range from non-eating of Melon (Egunsi -Itoo) before Ipaye festival, importing to town knowingly or secretly an important tree named ‘’ Alade’’ or’’ Crown’’ in English language or make fire out of it, to the calling of the house-wall, the name ‘’Oro’’. The serious significance behind these taboos is that they all have their repercussions if flouted or overlooked. For example, the punishment for the eating of Melon before the Ipaye festival is a swollen body The Owa of Ilare, Oba Otebolaku Ogidan III and some of his lieutenants confirmed that in about 15 years ago, somebody who once disregarded the injunction had a swollen body until he met his waterloo. Although sacrifices were made to appease the gods it was futile-‘’ the gods are not to blame’’, they chorused. On the other hand, the ‘Obisere tree’ is forbidden brought into the township as a sign of adoration and respect for the rare beaded Crown which the founder of the town brought from Ile-Ife. Similarly, calling the house-wall by the name ‘’Oro’’ signifies derision to the founder of the ancient town whose name was Owajalorunoro. It is the belief of this community that anybody who does this will surely go into oblivion as the wall of his abode will collapse on his person.

One pertinent question then comes to our minds: But why bother oneself with investigation or research into cultures and taboos of a people? The answer is not far- fetched when we critically consider what some Europeans writers (and some people around us) conceive as our taboos and traditions as barbaric and of no significance nor relevant to history.  Although the Babel of discordant voices is fast petering out-certain bigoted commentators and critics of African Literatures and history have maliciously subjected Africa, especially Negro-Africa South of the Sahara, to abject ridicule. In their much Eurocentric writings about Africa, they have misrepresented, distorted and warped the history and literature of Africa to the point of worthlessness.   Some of these imperialist writers had often derogatorily referred to Africans-especially those South of the Sahara- as ‘’a people without a past’’,” a people who had never evolved a civilization of their own and had contributed nothing to human progress”. To some of these prejudiced writers, Africa is ‘’a child who never grows. Others still, out of spite, used to refer to Africa as ‘’a dark continent’’ by which they tried to make the world believe that the continent had remained impervious to civilization and civilizing influences. Without any modicum of truth, they tried to make the world believe that the history of the Africans only began with the advent of Europeans to Africa in the 15th century. They argued that what the Africans had in the form of history before the coming of the Europeans to Africa merely reflected barbarism, chaos and stagnation-no culture, tradition or taboo.

Notwithstanding, a cursory look at the next taboo will make us understand more the totemic in Ilare town. The pig must not walk in the street; if it does, the owner faces the wrath of the gods. So, cave care, if you want to make Ilare Town your peaceful abode but takes piggery as either your hobby or trade.

As the Qwa of Ilare, the Ogidan III rightly puts it, ‘’contrary to the belief of some ignorant people about customs and traditions of the ancient town, pigs could be eaten in the town by the inhabitants but it should NEVER be seen on the streets like goats, dogs, cats, hens etc. Pestered on the why of strange but curious taboo he says ‘It is the Pig (in the olden days) that our first ancestors utilized as a sacrifice in the town for peace and progress, and in solidarity and remembrance we must never transgress the tradition’’ the Owa concluded.

The Yoruba people believe in cultures and taboos and they are not just there for fun. While some serve as respect to elders or ancestors, others may serve as lessons to both the old and the young, while some may be on health grounds. For example, the Yoruba believe that anybody having a cough should abstain from eating very dry yam not to aggravate the ailment. Similarly, a person suffering from craw- craw will be counselled to stop eating groundnut, while too much salt for pregnant women is dangerous in order not to experience swollen body. To obey all these taboos, according to Yoruba belief is to relish in good health coupled with long life. To do otherwise is to face the repercussions.

When at the tender age, our parents imparted in us that children should not take money from their parents’ save or pockets without their consent or permission. If they did, it would be regarded as stealing. This warning by the parents has moral undertones which are to prevent frivolous spending by children, and taking somebody’s thing without his consent is stealing and covetousness. However, the parents would not tell such children the reason for such taboo other than tell him the repercussion which they may say may cause one ‘s hand to wither, just to frighten or discourage such a child.

To retain the good aspect of Yoruba cultures, traditions and taboos, the Ilare community has been able to stand to defend their fore-fathers beliefs. They have been able to stand for the culture that will give peace and good conduct to their children; this is worthy of emulation for all other places that have thrown their cultures and traditions to the wind all in the name of Westernization.

One thought on “ILARE : A TOWN WHERE PIGS CANNOT MOVE ABOUT”