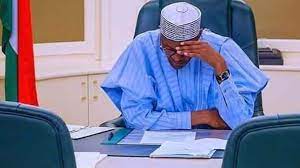 The Nigerian counsel to the Cable News Network(CNN), Olumide Babalola, has called for an apology from Nigeria’s Information and Culture Minister, Lai Muhammed to his client for tagging it a fake news outfit after an investigative report carried out by the American Media House on the killing of protesters at the Lekki tollgate on  October 20, 2020.

Recall that in November 2020, Lai said that a report by the CNN on Lekki shooting ‘’did not just fall short of journalistic standards but reinforces the disinformation that is going around on the issue’’.

The minister in the letter written  to CNN said the international platform left  out a video which could  have shown  that ‘’armed hoodlums invaded  the Lekki Toll Gate  that night and could have hit  any of the protesters as they shot sporadically .’

‘’This is a ploy by the CNN reporter/presenter to manipulate viewers of its ‘investigative’ report and force them to draw the reporter’s desired conclusion’’, the minister had written.

In a statement  on Tuesday, the CNN Counsel  said Lagos State  Judicial  Panel of Inquiry  on Restitution for victims of SARS Related  Abuses  and other matters report had  vindicated  the organization’s investigative report, titled,’’ How  a bloody night of bullets and brutality quashed a young  protest  movement.’’

Alhaji Lai Muhammed should eschew his pride and apologize to the CNN if he has any integrity left’, Babalola said.

He added, ‘’He has constantly claimed that the CNN’s report of the massacre was false, but the panel has vindicated the CNN’sition on the gruesome and wanton killings at the Lekki Tollgate.

‘’Without necessarily saying more on this since the same minister had earlier called on the CNN to apologize for fake news, which has now been quasi-judicially proved to be true, one would think that the honourable thing for Alhaji Muhammed to do as an elder statesman and learned gentleman, is to apologize to the CNN especially.

‘’ However, as we continue to wait on the minister and the Federal Government’s next move, I sympathize with the families of all victims of the Lekki massacre, while we pray for the souls of the departed and hope the government implements the report in full’’.

In the light of the report by the judicial panel, Lai Muhammed ought to eat the humble pie and apologize to CNN.