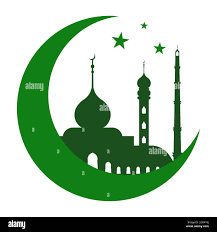 Onyxnewsng reports that the Kano State Government has approved the adjustment of the 2021/2022 school calendar for both the public and private primary and post-primary schools operating in the State.

A statement by the Public Relations Officer, Kano State Ministry of Education, Aliyu Yusuf, said the adjustment followed the outcry of parents and other relevant stakeholders on the need by the government to allow their wards to observe complete Ramadan  Fast at home, considering the significance of the month.

The statement noted that one week was reduced from the v13 weeks earlier scheduled for the second term, while one week was added to the vacation to make it five weeks.

It directed all concerned schools operating in the State to close with effect from April 1 to  May 8.

The Commissioner for Education, Malam  Muhammad  Sanussi Sa’id, appealed to parents and guardians to be extra vigilant on their wards during the vacation because of insecurity.

He urged them to engage their wards in productive activities such as extra lessons as well as listening and watching educational programmes during the vacation.