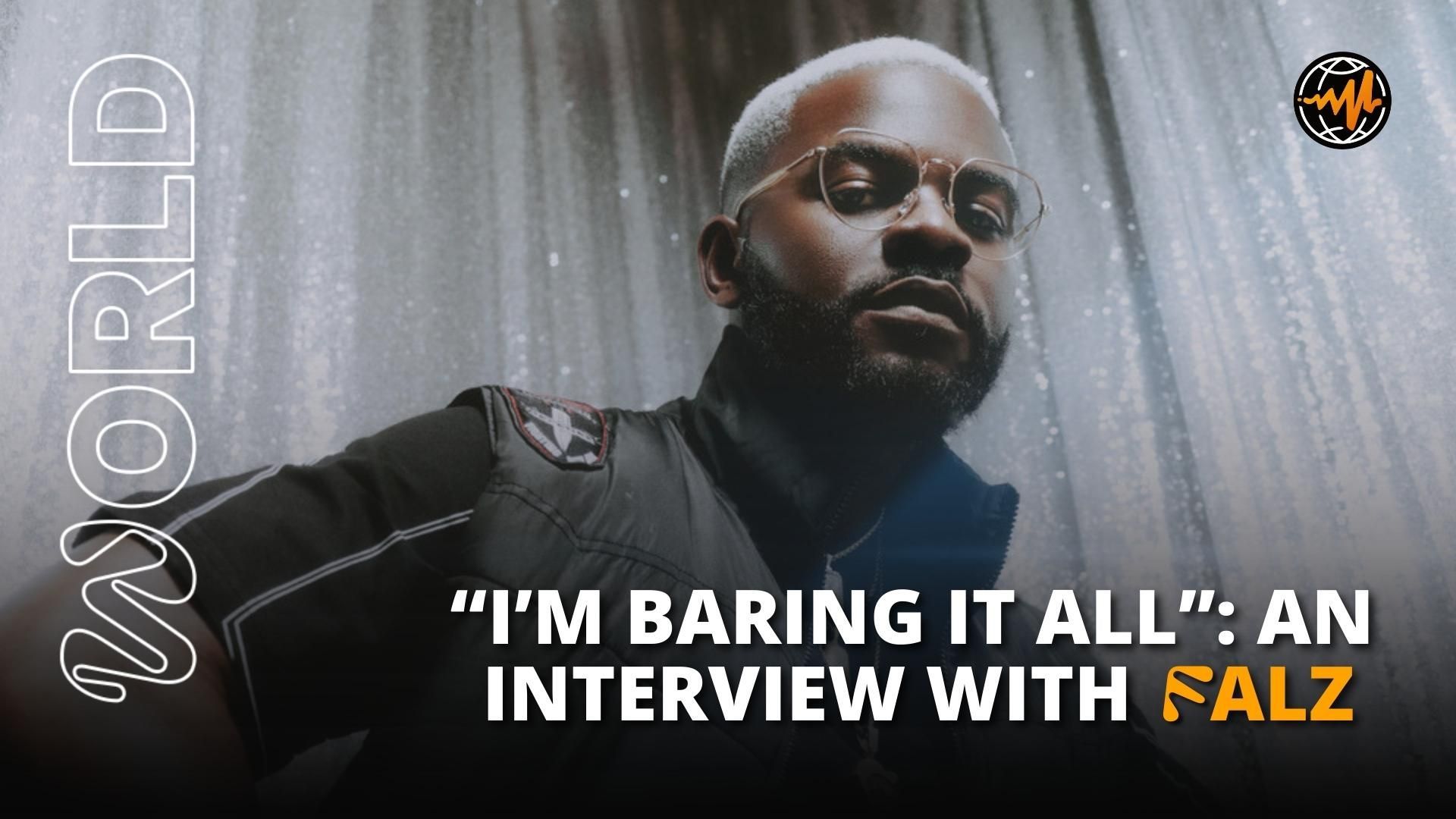 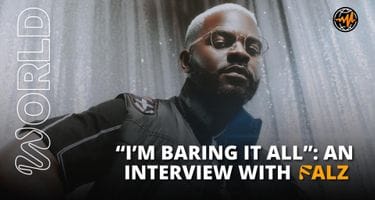 As Afrobeats grows more popular, Nigerian rappers often find themselves at a crossroads: stay the course, or veer toward Afrobeats as a fast-track toward success.

Falz is proof you can have it both ways. For other artists and hip-hop purists, his mainstream stardom, rap core intact, shines a ray of hope. “A certain part of me has a level of confidence that [rap] can never really go anywhere,” Falz shares with Audiomack World. “There might be downtimes, but there are some genres that are so strong in themselves and they can never go anywhere.”

Prior to that, Falz earned a reputation for clever lyricism and juggling Nigerian slang, Yoruba, and English in a comical accent. Early hits like “Currency,” “Ello Bae,” “Karishika,” and “Something Light” established a steady momentum that crescendoed with his critically acclaimed fourth album, Moral Instruction, in 2019. Heavily sampling the legendary Fela Kuti, the socially conscious project thematically followed in the Afrobeat pioneer’s footsteps.

Three years later, Falz is moving in a different direction with his fifth album, B A H D. “Moral Instruction was a very intense album,” he admits. “But this one is nothing like that. This one forms a completely different perspective, and I wanted to do something that’s me in a new light.”

On B A H D, Falz bounces balances emotional vulnerability (“Beautiful Sunflower,” “Knee Down”) with bravado (“Another Me,” “Roger Milla”). It’s tempting to stick to what’s brought one the most acclaim, but for Falz, a true reflection of his headspace is more valuable than widespread praise.

This project is definitely different from your last body of work, which I would describe as a deep dive into social commentary. Do you think Moral Instruction achieved some of its objectives?

It definitely did because every single day, there is someone referring back to that project. I set out to create a timeless project. I think I was able to achieve that. I think it’s a monumental body of work. It was important for a certain course and that course still remains relevant.

In 2018, you released “This Is Nigeria,” in 2019 came Moral Instruction, and in 2020, you were a very prominent voice in the End SARS protests. How did you feel during that period of addressing social issues through your music?

I felt anger, just being absolutely furious at the state of affairs. Everything here is upside down. Everyone knows that and we can see that. I needed the people to hear how angry they are supposed to be. I had to convey that emotion of anger because only then would you realize that “I’m actually supposed to be this angry.”

I think a lot of action can be seen from more people in terms of wanting to change the status quo. I’m happy that over the past couple of years that you mentioned, that alertness has continued to grow and still continues to grow.

Well, I mean, “Bahd” just means in a sense that it’s a bit naughty. It’s quite a naughty album in the sense that I’m doing risqué music. I’m doing sexy music. [In] a couple of my recent videos, I’m pushing that envelope. I’m doing slightly unorthodox kinds of sounds as well.

Also Bahd in the sense that there are a lot of emotions on the project, so I’m being emotional but I’m doing it in a way that’s smooth, you know? [I’m being] vulnerable on this project. I’m baring it all. I’m doing a lot of stuff that people haven’t really seen me do.

I’d like us to go over certain songs on this album; what they mean, how they came together, and why it’s important that they’re part of this project. I’m very interested in “Beautiful Sunflower.”

“Beautiful Sunflower” is a very different sound. I’m coming from a direction that is unorthodox, it’s almost like Afro-funk. It’s very funky in a way that it hits you. And this is a kind of sound that I absolutely love.

And of course, Tiwa Savage, a big blessing working with her. I’ve always wanted to work with her. I think she’s super immensely talented, and having the chance to work with her on this record was beautiful. What she brought just cemented and completed the record.

I noticed you also dabbled in different genres; “Parampe” had some Afrobeat, “Woman” had that Alternative Highlife mix.

A project is a journey so I’ll always show that in a journey you shouldn’t just be in one place, you have to move through different places—that’s what I was trying to do with that. There is Afrobeat in “Parampe,” there is Highlife in “Woman,” “Beautiful Sunflower” is like Afro-funk, “All Night” is like R&B. So I’m moving through all these different sounds but still keeping a core theme and a core sound.

Being a rapper, I’d venture that you’re constantly confronted with the conversation of whether rap is alive or dead in Nigeria. How does that conversation make you feel?

It makes me deeply concerned because it’s an art I very much love and it’s an art that I will always love. But to be honest with you, I’m not even all that concerned because a certain part of me has a level of confidence that it can never really go anywhere. There might be downtimes, but there are some genres that are so strong in themselves and they can never go anywhere.

I think [it] takes a couple of tracks to be released under that genre to then become popular for people to go back and say, “Come, this genre dey oh.” It’s just because recently a lot of people have been distracted by other sub-genres of Afrobeats. I know that there’ll still be that sway. People will still sway back [to rap] and it’s probably even gonna happen very soon.

I just try my best to find the perfect fusion of all the genres that my style cuts across and find the best way to blend everything together. And realizing that, of course, music is how you convey emotions. Today, I might want to make a serious record, and then tomorrow, the emotion I might want to convey is the one of groove, you know the one of Gbedu. So just keeping that at the back of the mind and just continuing to move through all these different emotions from time to time.

There’s a comedic side to Falz. You even have a whole album of comedy skits. How did you find comedy to be an outlet of expression for you?

I think I just stumbled on it, to be honest with you. I’m the person that really appreciates good humor and at the time I stumbled on comedy, I was just being me. I kept it going and eventually it became a core part of me. Whether it’s via different roles I play in movies or it’s online or little skits I’m on, whatever the different way I can keep that alive, I always continue to.

That said, you’re politically vocal and active. Was there a moment that a switch flipped for you, or was it more of an accumulation of trigger moments?

There is no trigger. It’s always been there in me. [I’m] just continuously growing, and gradually becoming more and more active in that field. I grew up with both my parents as activists. I was born into that sort of family, that sort of background, so, inevitably I was always gonna have that aspect of me.

What makes music successful in your opinion?

That’s a good question. Success is subjective so it depends on who’s answering that question. For me, widespread acceptance and widespread consumption, because it’s work, and it’s my daily bread. Of course, money is also important. If I make a lot of money, that is also success.

But most importantly, a successful career to me would be one of a great legacy, years after I leave, whether by virtue of retirement or if I’m not here anymore, people can look behind and say, “This is quite a legacy that this guy left behind.”