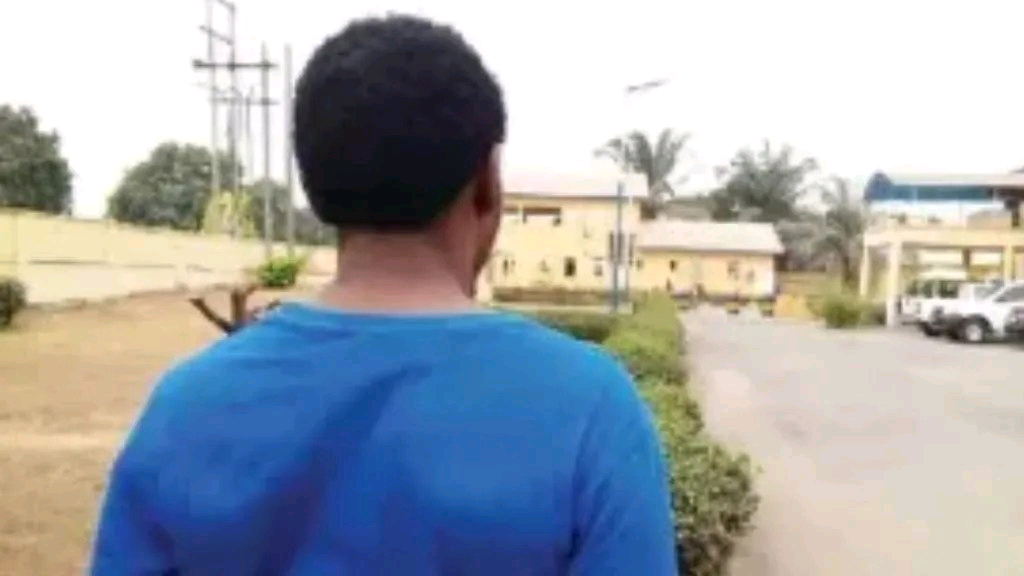 A 25-year-old father has been arrested by the police in Delta State for allegedly flogging his 3-year-old daughter to death.

The suspect identified as Godsgift Uweghwerhen was said to have descended on the girl after she left home to visit their neighbour’s apartment.

The incident according to reports, happened on Wednesday, November 29, 2022, in the Aladja community, in the Udu Local Government Area of Delta State.

The innocent child was said to have been sick for some time but her father reserved no sympathy as he canned and inflicted bodily injuries on her.

It was learnt that the suspect fled the scene immediately on noticing that the young child had given up the ghost as an aftermath of the merciless beating.

Nemesis however caught up with him at Ubogo community near Aladja as the Vigilante team in the area arrested him and consequently handed him over to operatives of the Nigeria Police in Ovwian/Aladja Division.

The Public Relations Officer for Delta State Command, Bright Edafe, confirmed the incident to newsmen on Thursday in a terse message without providing much details on the matter.

In a related development, a young Nigerian man was arrested by the Ghanaian police for allegedly beheading his girlfriend.

Babs Cann, a media personality in the country shared a video of the incident which happened at Spintex, Accra, the capital of Ghana.

The viral video captures a large number of people who can be seen shouting and chanting at the scene of the incident.

Cann wrote: ”A young Nigerian man has been picked up by the Ghana Police Service for allegedly beheading his girlfriend at Spintex.”

The Public Relations Officer, Nigerians in Diaspora Commission, Abdur-Rahmam Balogun, in an interview with PUNCH, said he is unaware of the incident and has not received any petition.

He noted that any Nigerian that commits a crime outside the country should face the law of the land.

He said: “Our stand is that any Nigerian that commits a crime, let the law of the land take its course. The Nigerian government has no role to play in such instances.

If you go to another man’s land and commit a crime, the law of the land will always take its course. So, we always advise Nigerians to be good ambassadors wherever they find themselves. I’ve not watched the video and we have not been petitioned.